Skip to content
Question
“I wanted to perform some activities on my iPhone, but my iPhone kept scrolling up automatically. How to get rid of this unwanted situation”?

Having struggled with this issue is beyond horrible, but many iPhone users have complained about this issue.

When the “iPhone keeps scrolling up” issue occurs, you won’t be able to perform any activity on your iPhone, which would frustrate anyone. Luckily, there are some ways to fix this issue, and we’ll reveal those ways in this post.

Part 1: Why Does My iPhone Keep Scrolling Up iOS 16

When the iPhone starts scrolling automatically, a ghost touch phenomenon can be caused for various reasons. Here’s the list of those reasons.

Part 2: How to Fix the iPhone Keeps Scrolling Up for Software Bug

The best way to get rid of any software bug has to be Starzsoft Fixcon. Using StarzSoft Fixcon, you’ve got the chance to get rid of 150+ iOS issues without making huge efforts.

So, opting for a reliable tool like Starzsoft Fixcon that stimulates resolving all the iOS issues is a beautiful thing to go with.

Surprisingly, the best talking point about Starzsoft Fixcon is that you won’t lose data when restoring an iOS device through Fixcon.

How to restore an iOS device through Starzsoft Fixcon?

2. Reinstall the App that May Cause a Problem

If the “iPhone keeps scrolling up” issue occurs when you use a particular app, there might be some issues. So, you might consider removing that app from your iPhone to see how it goes. 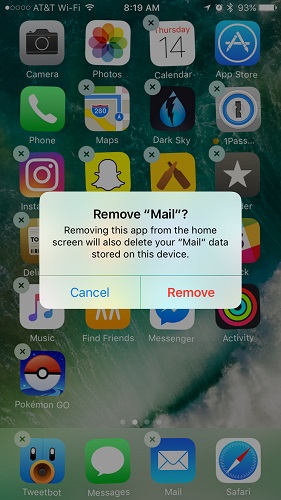 Apple has developed the 3D or Haptic Touch Sensitivity feature to help you perform various tasks on the iPhone by touching or applying pressure for a long time.

You may face the “iPhone keeps scrolling to the top” issue due to a software glitch, so force restarting your iOS device might help eliminate this issue. Here’s how to force restart the iPhone.

Press and release the iPhone’s Volume Up and Down button. Next, press the Power button until you see the Apple logo on the screen.

Press the Power and Volume Down buttons until the Apple logo feels its presence.

Press and hold the Power and Home button until the Apple logo appears.

Part 3: How to Fix iPhone Scrolls Back To Top via Checking Hardware

1. Remove the Accessory If iPhone Keeps Scrolling to Top

If you’ve attached something to your iPhone, it may cause the issue you’re dealing with. For instance, you might connect the iOS device to a charging cable, which might be the main factor behind the “iPhone screen keeps scrolling up” issue. So, you must disconnect all the accessories from your iPhone to ensure you face the issue.

2. Clean the Screen and Your Finger

Dirt or other substances might cause the “iPhone keeps scrolling up” issue. So, cleaning the iPhone’s screen might help you fix the problem.

Rub the cloth on the screen and clean it off, which might eliminate the presence of dirt on the iPhone screen.

So, you might try removing the screen protector to see how it pans out.

If nothing works and you’re still wondering about the issue’s root causes, you must look at the condition of your iPhone screen.

Sometimes, your iPhone screen gets damaged, causing the “iPhone screen keeps scrolling up” issue. So, it would help if you visited the Apple store to replace a new iPhone screen.

Part 4: FAQs about the iPhone Keeps Scrolling Up by Itself

1. Why does my iPhone keep scrolling up by itself?

Many factors could contribute to this issue if your iPhone keeps scrolling up automatically. For instance, if you tinkered with the 3D Touch Sensitivity feature, it can also chase the problem you’re dealing with.

Moreover, a software or hardware glitch might also be the main reason you face the “iPhone keeps scrolling up by itself” issue.

2. How to fix the “iPhone screen keeps scrolling up” issue?

If there is a hardware issue, you can fix the issue by removing the accessory or protector or checking if something is wrong with your iPhone screen.

But, if a software bug is causing the issue, you can acquire the services of Starzsoft Fixcon to restore your iOS device and eliminate the problem you’re having.

3. Can you make the iPhone auto scroll?

You can access the AutoScroll feature from the settings menu to make your iPhone scroll automatically. However, it would help if you were careful before enabling this feature, as it can make things worse for your iPhone.

If you had a bad time facing the “iPhone keeps scrolling up” issue, this post could be a game changer.

We were keen to develop the most efficient ways to help you get rid of the “iPhone keeps scrolling up by itself” issue. All the methods you’ll get to read from this article are worth a try.

Luckily, you’ve got the best iOS problem-solving in your hand in the shape of StarzSoft Fixcon, which stimulates solving 150+ iOS issues.