The QR Code Technology in iPhone is top notch as you quickly scan a QR code, helping you to visit a website, make payments, and do much more. Scanning a QR code on an iPhone is pretty easy as you’ll only need a few simple steps to put the things.

However, many people have complained about facing the “QR code not working on iPhone” issue.

Most iOS users have been struggling with this issue, and there can be various reasons behind this issue. Luckily, we’ll tell you how to eliminate the “iPhone QR code not working” issue.

PHow to Fix the QR Code Not Working on iPhone

1. Check and Add a Code Scanner to Control Center

If you’re struggling with the “QR code not working on iPhone” issue, you might try adding the code scanner to the “Control Center”. This way, you don’t need to open the camera app whenever you’d want to scan a QR code.

Here’s how to add a QR code scanner in the Control Center.

Despite adding the code scanner to the Control Center, if the “QR code doesn’t work on iPhone” issue persists, watch out for the next solution.

This way, you’ll be able to enable the Scan QR Code feature on your iPhone, and most probably, the issue you were having will be taken care of.

3. Force Stop the Camera App and Then Try Again

QR Code Scan feature relies upon the Camera application on your iPhone for scanning the QR code. So, if your iPhone doesn’t Scan the QR code, you might fix the issue by closing the camera forcefully and then trying it again.

Here’s how to do it.

On iPhone SE, iPhone 8, or Earlier

For iPhone X and Later

Every feature you tend to use on an iPhone in daily life supports the specific iOS version, and the same goes for QR code scanning.

The thing is quite simple: if you’re using iOS 10 or earlier, you’ll face the “QR code not working on iPhone” issue. It means scanning the QR code on any application won’t be possible. You can only Scan the QR code using iOS 11 or above.

So, you’ll need to ensure that you have installed the iOS 11 or above version to avoid having the “iPhone QR code not working” issue.

5. Update to the Latest iOS Version

As we’ve discussed, you won’t be able to scan the QR code if you’re using the iOS 10 or earlier version; you should install the iOS 11 or later version to ensure you don’t face any issues when scanning the QR code.

Follow the guide below to update your iOS device. 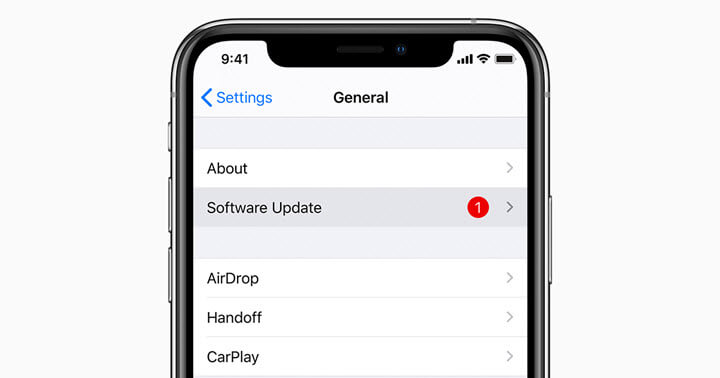 6. Use Starzsoft Fixcon to Solve QR Code Not Working on iPhone

If nothing takes care of the “QR code not working on iPhone” issue, you might opt for StarzSoft Fixcon.

It is mind-blowing software that can help you fix 150+ iOS issues, and you’ll be able to resolve the issue you’ve been facing with your QR scan code. Luckily, Fixcon doesn’t cause data loss and offers a pleasing and user-friendly interface.

How to restore an iOS device through Starzsoft Fixcon

FAQs of QR Code Does Not Work on iPhone

1. Why is my QR code not working on my iPhone?

If you’re struggling to know the main reason behind the “QR code not working on iPhone” issue, there might be the following reasons.

No matter the reasons behind the issue, you can skim through the above solutions to fix the problem.

2. Why does my camera not scan QR codes?

If you’re holding the iOS device too far or too close, you won’t be able to scan the code. So, you need to keep the iPhone device about 30 cm away and slowly push it toward the QR code.

Despite doing so, if the issue persists, you can opt for the Starzsoft Fixcon, as it might fix the software glitches from your iOS device, allowing you to scan the QR code appropriately.

We’re anticipating that this insightful post will empower you to fix the “QR code not working on iPhone” issue.

All the methods mentioned in the guide are breathtaking and can help you fix the issue. However, using StarzSoft Fixcon seems to be the most reliable method as it brings a 100% success rate in tackling software issues on iOS devices.