The iPhone not receiving calls or not making calls issue is not just annoying, to most iPhone users, the problem can be frustrating. The problem could force you to miss important business calls and calls from people you care about. The iPhone 6/7/8/X/11/12 not receiving calls issue is very common. We have come across numerous forums created with the sole purpose of finding a solution to the issue.

To help people dealing with the iPhone 6/7/8/X/11/12 not receiving calls from certain numbers issue, we have decided to craft an article that has all the ideal solutions to this problem. The solutions in this article have been tested on a wide range of iPhone models. If your iPhone does not have a serious hardware problem, you should be able to find a solution that works for you.

The reason why we put this solution first is that a reliable iOS system repair tool can fix most system issues for iPhone/iPad within a few clicks. It will save a lot of time by avoiding trying some useless methods.

Here is how you can fix the not receiving calls issue with Fixcon:

Step 1. Install StarzSoft Fixcon on your computer. And connect your iPhone via a USB cable.

Step 2. Launch Fixcon and select Standard Repair on the home interface. This mode can fix the common iOS system issues without erasing your data. 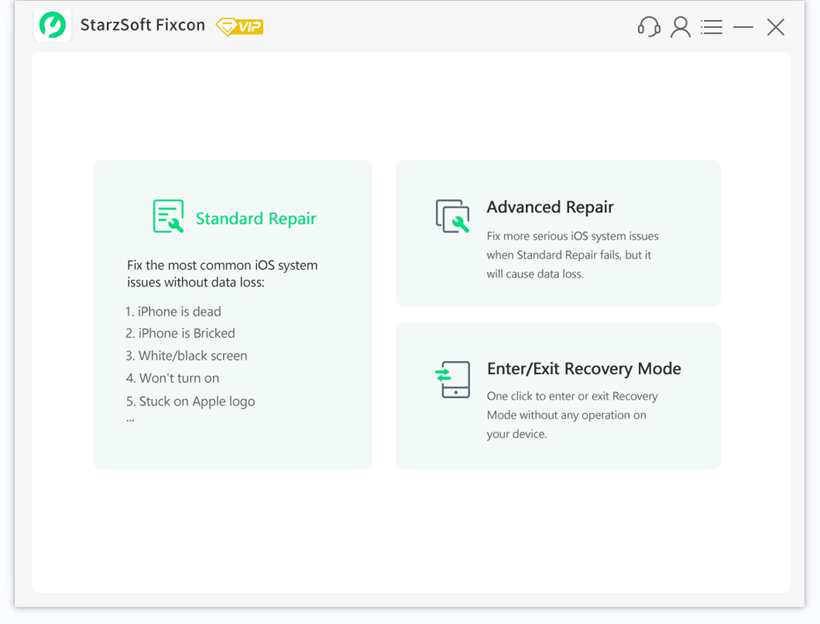 Step 3. The software will automatically detect and recognize your device info, and show you the firmware info. Confirm this by clicking on Download. 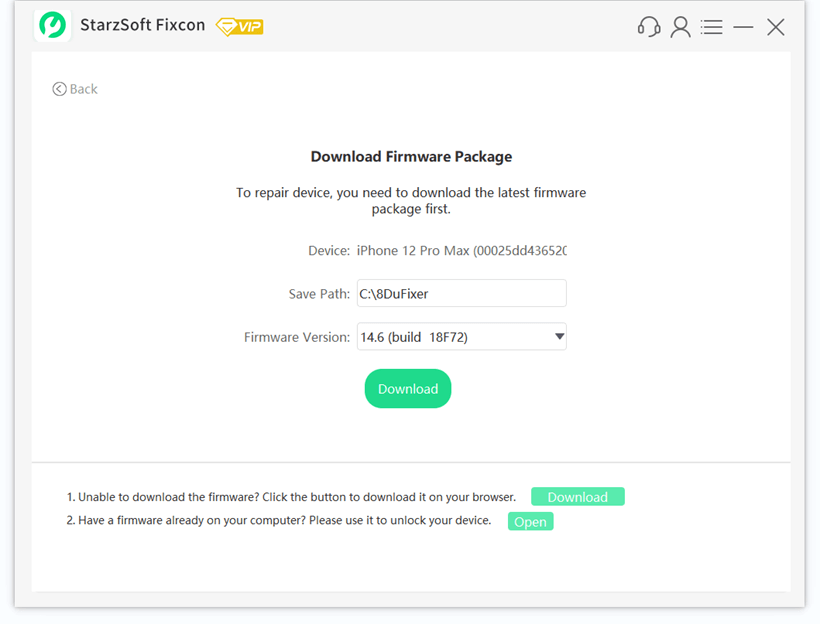 It will start to download the firmware package which will be used to fix your iPhone. 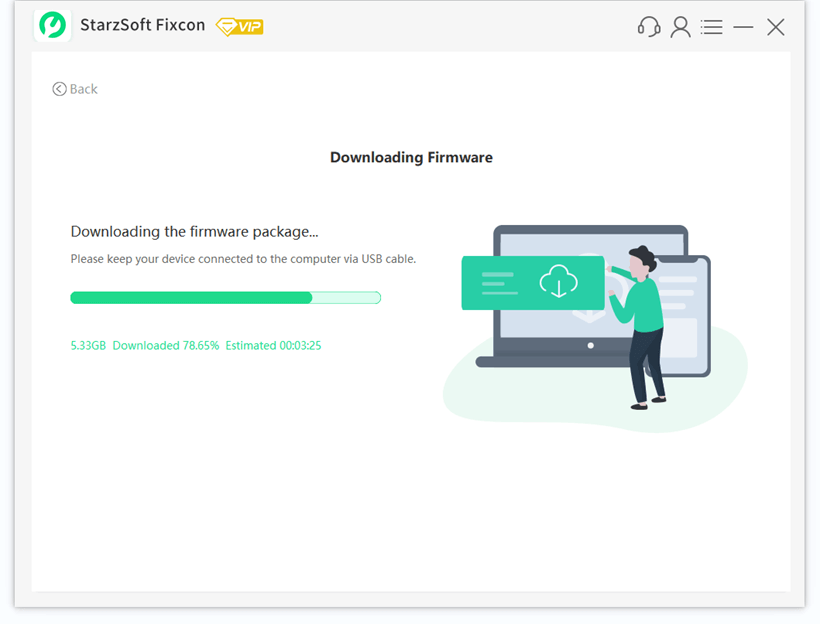 Step 4. After downloading, click on Continue to start to repair your device. 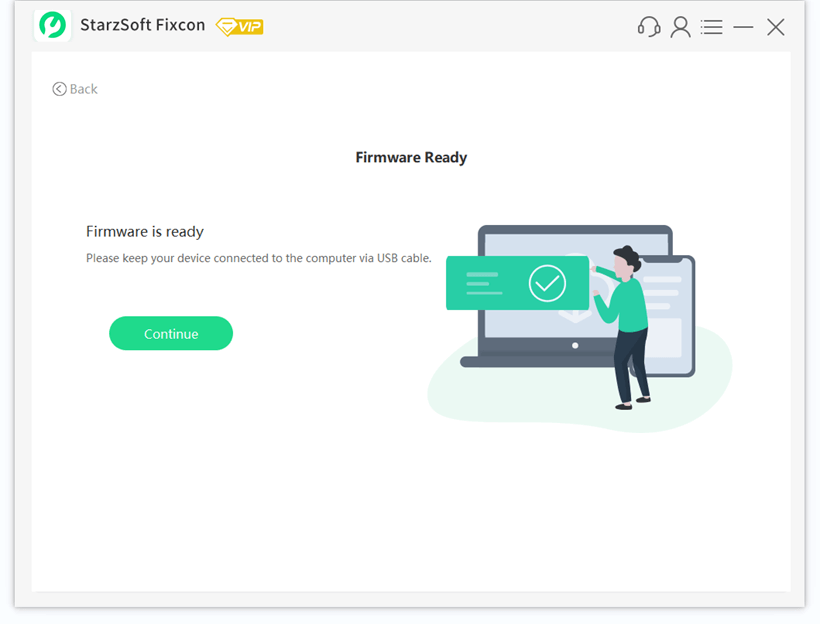 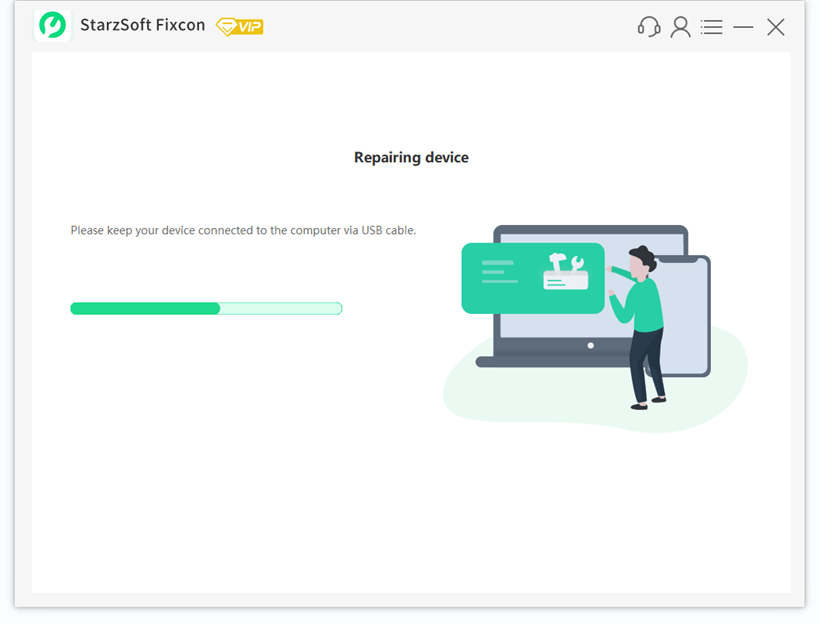 The repair process will take several minutes, once finished, your iPhone will be bought to normal! 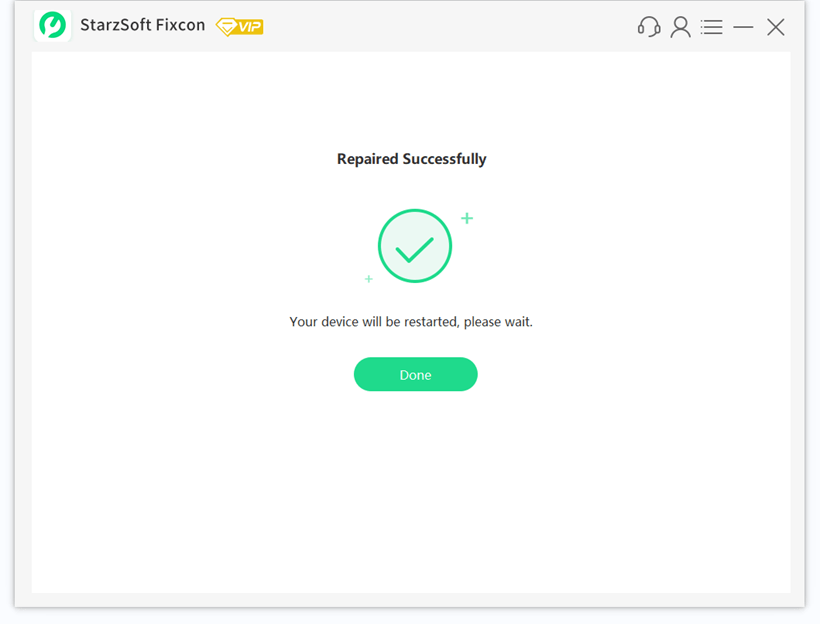 Compared to its competitors, Fixcon is much easier and safer to use. It offers a free trial to allow you to test if it work for you.

Solution 1: Make Sure Do Not Disturb is Turned Off

Step 1: Open Settings and then select Do Not Disturb.

Step 2: If the Scheduled option is toggled on, the feature will turn on and off automatically.

To get rid of the iPhone 6 not receiving calls from certain numbers issue, you will need to toggle off the Do Not Disturb feature by following the steps we have outlined below:

Step 1: Open Settings and then select Do Not Disturb.

Step 2: Toggle off the switch available to the right of the Do Not Disturb feature.

Alternatively, you can use the steps below to turn off Do Not Disturb:

Step 1: Swipe from the bottom of your screen to reveal the Control Center.

Step 2: Locate the Crescent moon icon and tap on it. This should turn the Do Not Disturb feature off.

Solution 2: Disable Do Not Disturb While Driving

If your iPhone is running iOS 11 and later, there is a chance that the reason you are dealing with the iPhone 7 not receiving calls from certain numbers issue is the Do Not Disturb While Driving. This feature, introduced with iOS 11, turns on automatically when your iPhone detects that you are currently riding a vehicle.

To turn off the Do Not Disturb While Driving, you will need to follow the steps we have outlined below:

Step 1: Open Settings > Control Center > Customize Controls. Click the green plus (+) sign available to the left of the Do Not Disturb While Driving. This will add the feature to the Control Center.

Step 2: Go back to the Home screen.

Step 3: Swipe up from the bottom of the screen to launch the Control Center. Click the Do Not Disturb While Driving icon to toggle the feature off.

Solution 3: Check Whether the Airplane Mode is On

Step 1: Swipe from the bottom of the screen to open the Control Center.

Alternatively, you can use the steps below:

Step 2: Toggle off the Airplane Mode.

While this solution may not help you solve the iPhone not receiving calls issue on your iPhone if it is running on an Older iOS, it should work on iPhones running the newer iOS. The steps you need to follow in order to implement this solution include:

Solution 5: Check if a Carrier Settings Update is Available

If after trying the solutions outlined above you are still dealing with the iPhone 6/7 not receiving calls from certain numbers issue, you should check whether the carrier settings on your device have an update. The carrier settings allow your iPhone to connect to the carrier’s wireless network. If they are outdated, you may have issues with incoming calls.

Updating the carrier settings is as easy as following the steps outlined below:

Step 2: If an update for the carrier settings is available, you should see an alert on your device’s display. Click the Update button.

Solution 6: Make Sure Call Forwarding is Not Activated

Another major cause of the iPhone 7 not receiving calls from certain numbers problem is the call forwarding option. To turn this feature off, you will need to use the simple steps below:

Step 2: Be sure to toggle off the Call forwarding feature.

Solution 7: Make Sure You Have Not Blocked the Number

When you block a number on your iPhone, you won’t receive calls from the blocked number. If you are dealing with the iPhone 6/7 not receiving calls from certain numbers issue, there is a very high likelihood that the numbers whose calls are not coming through are blocked. To unblock these numbers and start receiving their calls, use the steps below:

Step 2: Tap on Call blocking and identification. Next, unblock all the numbers whose calls you would like to start receiving.

Solution 8: The Network Settings Could be the Problem

Step 2: When prompted for a passcode, enter your iPhone passcode and then tap Reset Network Settings again to confirm.

Note: While resetting the network settings could help you eliminate the iPhone not receiving calls issue, it does have its downsides. The solution will erase your saved network settings, including the VPNs and Wi-Fi passwords.

Step 2: Switch between the available options while testing your device. For example, you can switch from 4G to 3G and then test whether your iPhone is capable of receiving calls.

This sounds a bit absurd, right? But in rare cases it is the cause of your problem. Sometimes it’s the iOS update that might cause a bug that would affect your SIM card system, and finally making it impossible to receive phone calls.

To solve this issue, you can just pull your SIM card out, and then reinstall it back to the iPhone. This is like a reset on your SIM card system, and also eliminates the possibility that the card may get loose.

This tip works well for some other network issues of iPhone, and should really be considered when you have other issues of this kind. One little thing though, shut down your iPhone before your take the SIM card out.

There is a useful feature on iOS that is Silence Unknown Callers. When you enable that feature, any call from numbers that aren’t be saved and assigned a name on your iPhone will be muted, even when you do not turn on the DND (do not disturb) mode or the silence mode.

This actually works quite well most of the time, especially when you’ve got harassed by advertising or marketing campaign calls from various companies, and don’t want to bother putting them on the block list one by one since that won’t solve the issue for good.

This feature saves you from doing that. But on the other hand, it may also affect your life in some occasions.

Say your friend changed his or her number but didn’t notify you before but called you directly because of an emergency; you’ve been interviewed in a company and they called you the other day. In neither situation will you receive their calls if you put that filter on.

So it’s a bummer and a lifesaver at the same time.

But in case you have important calls in the next few days, just turn it off temporarily. To do this, just go to Settings, scroll down to find Phone option >> Silence Unknown Callers, and toggle it off.

Apple releases improved iOS versions to fix the bugs existing on the older operating systems. Online, we came across people claiming that by simply updating the iOS to the latest version, they were able to receive calls. If you would like to try this solution, you will simply need to follow the steps we have outlined below:

Step 2: If an update is available, simply tap Download and Install.

Note: For the update to succeed, you need to be connected to a stable Wi-Fi network.