Do you want to know how to downgrade iOS without computer?

Unlike Android devices, it’s not easy to switch to the previous version on an iOS device. After upgrading the iOS system to the latest updates, people often find the new updates more complicated.

It is why they want to downgrade their iOS version. You can downgrade iOS by using many methods. You can iTunes or some other ways to serve your purpose. Recently, a debate has started to begin that whether it’s possible to downgrade ios without a computer or not. We’ll be answering this question in this article.

Part 1: How to Downgrade iOS 15 to 14 Without Computer

No, you can’t downgrade iOS without a computer. If you’re looking to know how to downgrade iOS 14 or 15 without, it’s impossible to do so.

You’ll need to take a PC onboard while performing any such task on your iOS device. If someone is offering you the opportunity to downgrade ios without a computer, he is wrong, don’t trust that person.

Some scammers offer this to access your personal information and then blackmail you later. It is why if you want to save your data and integrity, don’t put your ear to this fake news.

Part 2: How to Downgrade iOS with iTunes

If you’re looking for an easy way to downgrade your iOS version, iTunes can be an appropriate choice for you. It allows you the installation of downloaded firmware files.

You can install your older version of the firmware using this feature of iTunes on your iPhone. However, this process will remove all your stored data from the device. And you also need to install firmware signed by Apple. Here is the simple to downgrade your iOS version with iTunes. 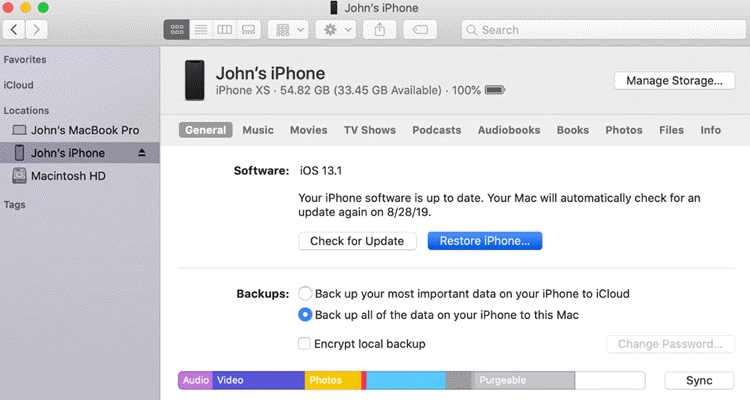 After its installation, your iPhone device degrades to the previous version.

Part 3: How to Downgrade iOS without iTunes

You can downgrade iOS without iTunes by using third-party tools. Let’s talk about two of them.

StarzSoft Fixcon is a prolific third-party tool that helps you solve many iPhone issues. Using this software, you can also downgrade your iOS version.

Your device will restart again after the repairing process got completed. Now, you’ve returned to your previous iOS version. And also, you’d not lose any data.

TinyUmbrella is another method that can help you to downgrade iOS without iTunes. TineUmbrella downgrades your iOS by using a server.

It’s a bit complicated method to operate if you’re a newbie. However, if you feel comfortable with it, you can downgrade the iOS version by following simple steps. Let’s dive into the steps. 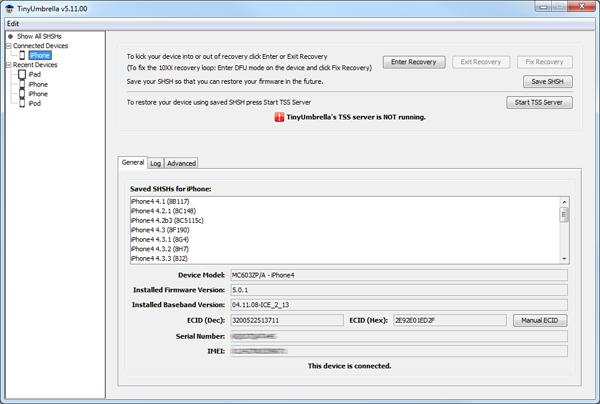 (1) What should I do before downgrading?

You need to connect your iPhone to a Desktop computer to make sure your firmware files are signed. If you see any trick, method, an app offering you a downgrade ios version without a laptop, it’s a big trap, don’t fell into it.

(2) Does a downgrade need jailbreak?

When we say downgrading the iOS version, it means we’re shifting iPhone to the previous version. Apple doesn’t allow you to downgrade your iDevice to fight fragmentation. It’s why jailbreaking your device to downgrade iOS isn’t necessary.

(3) Can you downgrade to an unsigned version of iOS?

You’ll not find any approach to downgrade an unsigned iPhone version. However, there are some unofficial methods available to downgrade the iOS version.

For this purpose, you need to acquire an unsigned Software [IPSW] file. After downloading it, you’ll need to install it on your iOS device.

Every debate about downgrading the iOS version without A PC is baseless. It’s not practical to downgrade the iOS 15 without a computer.

You need to use a computer to take the help of iTunes or some other software to serve your purpose. Without a computer, iTunes and other third-party tools won’t work for you.

You can switch to your previous iOS version using iTunes. However, if you want to know about the alternatives to iTunes, you can use TinyUmbrella and Starzsoft Fixcon software.

Without degrading any other software, it’s safe to say that StarzSoft Fixcon is the most recommended third-party tool to download your iPhone version.