Apple tends to come with new iOS updates to enhance the users’ experience. Hence, the latest iPhone update was iOS 15, which brought many changes to iPhone functionality, but at the same, it also created some issues for iPhone users. 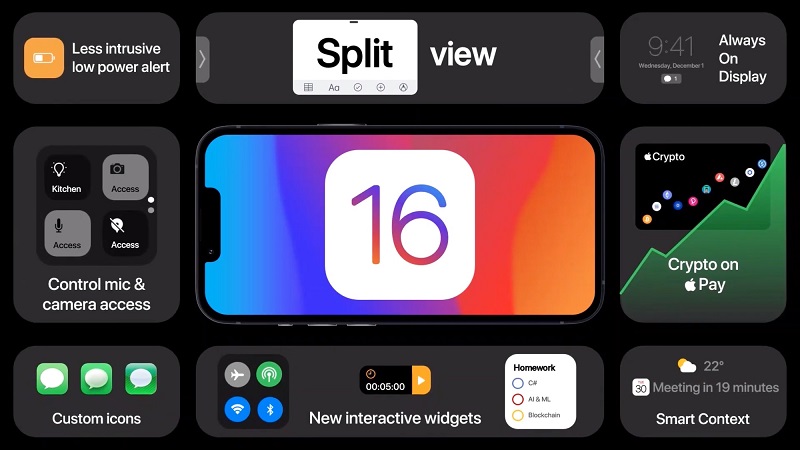 After iOS 15, Apple has now decided to launch the iOS 16 version. Although the expected data has been announced, no one officially can confirm what iOS 16 will bring for the users. Surprisingly, many credible sources have claimed that certain features are added to your iPhone when iOS 16 arrives. Let us talk about those rumors and features.

Yes, iOS 16 will support iPhone 7 and 7+ according to the information coming regarding iOS 16. Although no official announcement has been made to confirm the compatibility of devices with iOS, iPhone 7 is most likely to get supported by the iOS 16 version.

Whenever Apple devices release a new update, the focal point of releasing the new update is to enhance the user experience by offering the new features. When IOS 15 update was released, it supported iPhone 6 and the later iOS version.

Other iPhone models like iOS 5 etc., weren’t included in the iOS 15 supported profile. But, the rumours are strongly confirming that the idea of the iOS 16 release is to introduce the new features in the devices that don’t maintain hardware limitations.

However, the features of iOS 16 won’t remain the same for all iPhone models. For instance, you can’t expect to explore the features in iOS 7 which you’d be able to use in iPhone X.

There is no official confirmation of what to expect from the iOS 16 update, but you’ll see many rumors about the features which iOS 16 will bring. Let’s talk about the potential features change iOS 16 is most likely to bring into the party.

Bloomberg’s Mark Gurman revealed that the new iOS 16 update would change iPhone devices’ notifications handling. Many people have speculated that it could be about enhancements to Focus mode.

However, Still, Apple needs to do much more than this, as iPhone users have always talked about making changes to notifications.

Gurman also has given a clue about the iOS 16 will come with some references about Apple’s mixed realist headset and how it should be linked with iPhone.

Although you can expect Apple to introduce a new headset at WWDC as there might not be any new feature available for you, you might see some improvements to the ARKit framework for new developers.

You can’t rule out the possibility of Apple releasing new health and fitness features. Although Apple’s focal point might not be releasing these features, you can still expect to see the new fitness and health features in your Apple Watch.

Moreover, many speculations indicate that there might be some Nutrition and Food tracking features that will be made available in iOS 16.

Despite these speculations, the only thing we could do was to wait for the update to arrive and then see what it brings for us.

When iPhone 13 had launched, the speculations suggested that Apple has now decided to develop an always-on display with dates, notifications, and time, other data at a glance. However, the speculations turned out to be hoaxes.

However, there have been some rumours circulating that the arrival of iOS 16 might bring the feature many people would have expected when the iPhone 13 arrived.

Another important leak that has given a ray of hope to iPhone users is that iOS 16 is bringing interactive widgets for your iPhone. It might be similar to Android, where you can perform any operation using a widget instead of relying on notifications or apps.

6. When will Apple Release the iOS 16 beta

Since the expected date of iOS 16 Beta hasn’t been made public, the speculations suggested many dates, and you can’t trust those rumors. But, you might see the arrival of the iOS 16 beta version after a week or two when the new iOS 16 will come available.

Apart from rumors we’ve discussed in the upper part of this guide, more such speculations have been made before the arrival of iOS 16. Here’s the list of those leaks and rumours.

How to fix iOS issues with Starzsoft Fixcon

Apple hasn’t released the iOS 16 update yet, but rumours are already circulated about the potential features that this new update could bring for users. You can find the complete detail of those rumours in this guide.

Moreover, if you’re facing an iOS issue, you can opt for StarzSoft Fixcon, as it can fix any iOS device issue.