Skip to content
Question
“I installed the iOS 15 update a couple of days ago, but I’m having issues with my alarm. It doesn’t go off despite checking its sound settings. How would I be able to get it sorted”?

Apple released the iOS 15 updates to make the iPhone users’ experience better and exciting. It indeed carries a lot of fascinating features to explore with.

But, at the same time, it also has created some issues for iPhone users. Facing “alarm stopped working after iOS 15” is one of the most common issues iOS 15 updates has created.

However, you can fix this if you take care of a few things. This article will show the best procedures to fix this issue out.

Part 1: How to Fix Alarm No Sound Since iOS 15 with User Verified Useful Ways

1. Deleting the Existing Alarms and Creating a New One

To fix the “Alarm that stopped working after the iOS 15” issue, you first need to remove all the previous alarms. For this purpose, you’ll need to open the Clock app and press the Alarms tab from there.

Hit the minus button after clicking the Edit button to remove the alarm. Removing alarms one by one is time-consuming. You can take the assistance of Siri to serve your purpose.

Press and hold the home button until Siri appears. It would help if you spoke, Hi Siri, delete all the alarms. Siri will then remove all the alarms. You need to navigate Clock App and hit the plus button to set a new alarm. 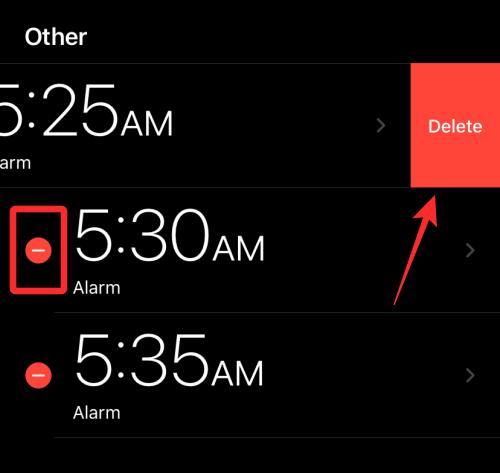 2. Change the Alarm Sound to a Ringtone, Not a Song From Apple Music

Another thing that might cause this iPhone alarm not working issue is that many users opt to download songs to set alarms.

In some devices, this trick works, but many iPhones don’t allow you to set downloaded songs as your default alarm sound. It is why you better set a ringtone to your alarm sound rather than set a song from Apple music.

Apple had released a lossless audio feature for Apple users. However, many users have been complaining that the alarms don’t go off whenever they use this lossless audio music in alarms.

The alarm vibrates instead of playing the music. It is why, if you’re facing issues with the alarm, you need to remove the lossless audio format from the alarm list.

Later, you need to download the songs in better audio quality. After downloading the songs, you can then select them as your alarm.

Part 2: How to Fix iPhone Alarm Not Working iOS 15 with Third-party Tool

If you’re finding it hard to fix alarm not working ios 15 issues, you can acquire the prominent services of StarzSoft Fixcon. Apart from being user-friendly, it allows you to fix your iPhone issues at reasonable rates. Moreover, it aims to fix above 150 iOS device issues with minimal effort.

You only need to repair your device with its Standard Mode to fix any iPhone issue with no data loss. Here’s the guide to do it.

There are strong chances of the issue getting solved after repairing your device with Starzsoft Fixcon.

Part 3: How to Fix Alarm No Sound After iOS 15 Update with Common Tips

1. Enable Snooze for All Your Alarms

We generally don’t wake up when the alarm goes off. But, we used to put the alarm off when it kept ringing for a long time. You can help your cause by enabling the Snooze option for all your alarms.

Snooze helps you to postpone the alarm for some time. You can enable the Snooze for an alarm by navigating to the “Alarm” tab on your iPhone’s Clock app. Later, you can hit the Snooze option to enable it.

After enabling the Snooze option, you’ll need to know whether your alarms work properly or not. If not, you need to look for other solutions. 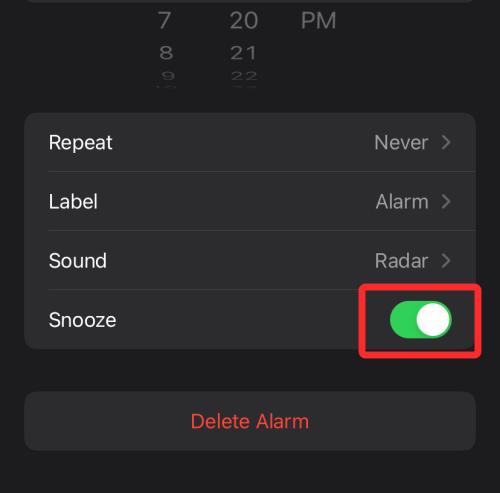 2. Enable Change with Buttons to Fix Alarms Not Working on iPhone 11/12/13

Hearing the alarm can create issues if your alarm tone is slightly low. You can increase its sound after enabling the “Change with Buttons” from the alarm settings.

To enable it, you need to open the iPhone settings and hit the Sounds & Haptics option from there. Later, you’ll need to turn the toggle off “Change with Button” to enable it. 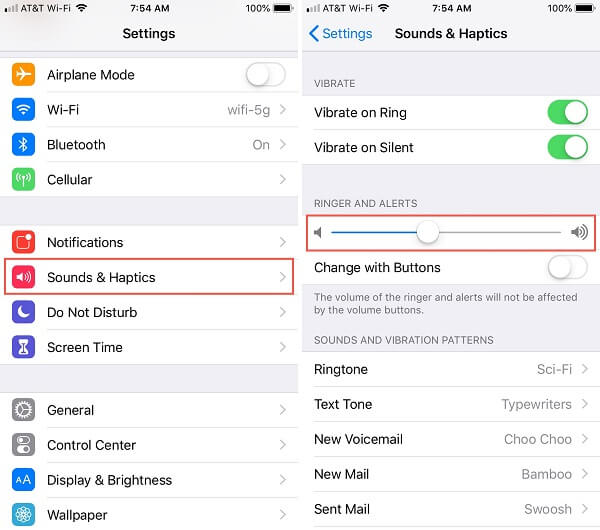 3. Enable a Stream of Alarms to Solve iPhone Alarm Not Working 2021

Snooze alarm options let your alarm ring after every minute to wake you up. But if you want to be more alert, you need to set a stream of alarms.

You can create streams of alarms around your preferred alarm time. Unlike the “Snooze” option, you can customize the stream of alarms, and every alarm will contain a different voice to help you wake up before it gets too late.

After creating a stream of alarms, you need to assess if the “Alarm stopped working after iOS 15” fuss is solved.

You’re most likely to face alarm on iPhone not working issues with your alarm if you’ve installed multiple third-party apps on your device. Remember, you only need to use only one default app. 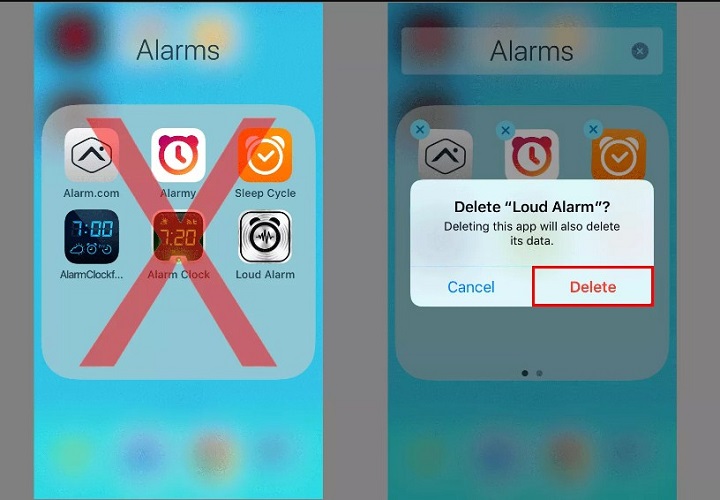 Otherwise, you won’t be able to run the alarm app appropriately. So if you’re having issues with your alarm, you need to delete all the third-party apps to see how it goes.

Despite trying all the possible things, if you’re still unable to get the Alarm issue fixed, you need to check the volume level of your iPhone.

If your iPhone is in Mute mode, you won’t be able to hear the sound of the alarm. Apart from the iPhone sound, you’ll also need to check the alarm sound.

After navigating to settings, you can get the sound volume according to your preferences. If any other option is muted, you need to unmute it for the experience.

6. Disable the Bedtime Feature to Fix iOS 15/14 Alarm Not Working

Many users have complained about the Bedtime feature. They say that this feature doesn’t allow their alarm to go off. It is why you need to disable the Bedtime feature if you’re having a problem with your alarm. Here’s a quick guide to disabling the function.

If you’re worried about the “alarm stopped working after iOS 15” issue, you need to be a bit relaxed, as we’ve mentioned the best solution to tackle the issue.

You can implement the solutions we’ve discussed above to eliminate alarm issues. However, if you use StarzSoft Fixcon, the possibility of fixing the alarm issue increases unbelievably. It is a terrific tool that possesses 100% percent sucess without data loss.